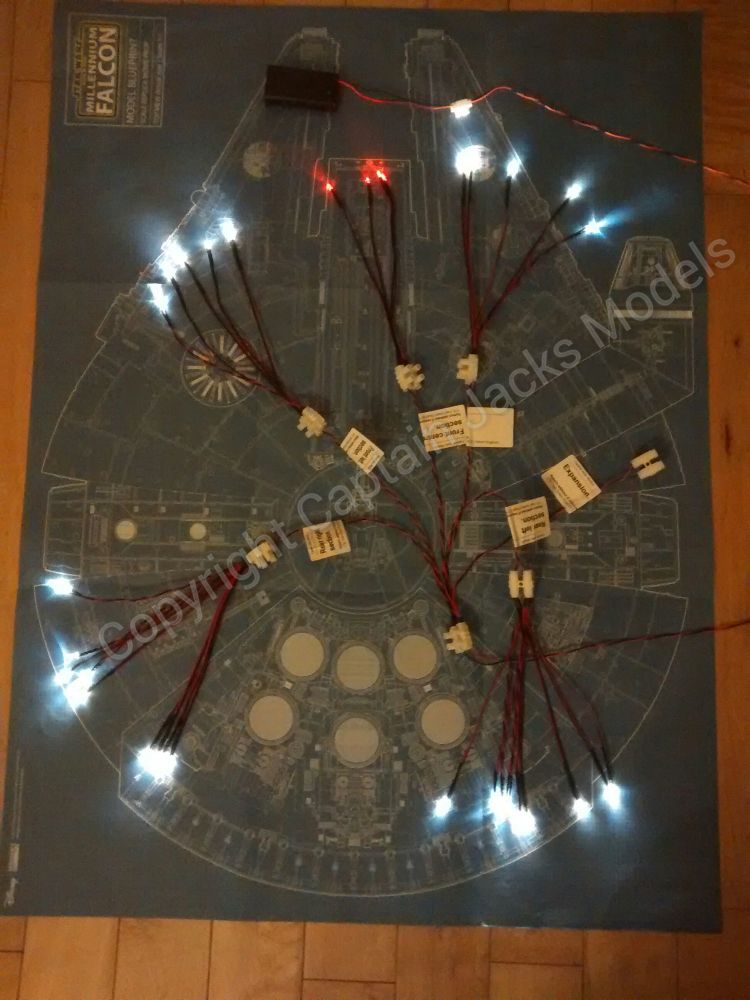 0 in your basket
View Basket Checkout

A light kit that replicates the traditional landing light layout for the underside of large scale Falcon bases eg Hasbro.

Layout shown in diagram on listing.

The set is divided into five sections, plus an expansion socket to allow further leds to be added if required.

Includes a total of:

Each led is fitted to a minimum 160mm wire running to a terminal block on each led bundle. A further 200mm wire from each led bundle then runs to a single central terminal connector.

A single 1 metre power lead then runs from this single connector to a 9v battery box with integrated switch.

Recommend this to a friend  +